Born in 1962 I have been a music lover ever since I can remember. One of my earliest memories is of one of my Aunt’s babysitting me and she had her boyfriend at the time over and I remember them playing the red cover album “A Hard Day’s Night” from some band called The Beatles and from the moment I heard George Harrison strike that opening chord I was hooked. I did eventually take ownership of that album and a few others later on, but the first album I can remember buying on my own with birthday money at 11 or 12 was The Beach Boys “Endless Summer” which was basically a double album of their greatest hits from the 60’s. So there is a little bit, albeit brief history into the foray of my major music addiction.

The first and foremost thing that I want to do on this site is to create a day to day calendar of birthdays and deaths of musicians that I feel mean something to me and my general outlook of the music industry. I know that there are many other sites out there that already have this and I have used a couple of them but the one’s that I liked have either changed or disappeared so I figured I would do my own and not have to worry about it anymore. I will also be sharing some of the memories that I have been lucky to experience throughout my lifetime, whether that be a concert or meeting one of my musical heroes, posting photos I have taken or sharing a video I like. The site will also allow others to comment on any of the posts and share your thoughts/feelings on what you see and I hope that people will leave comments and/or suggestions if you see something that you like.

I came up with the name for the site from the title of the fourth Jimi Hendrix album that was released posthumously in 1971 entitled of course “The Cry of Love” which was also the name of the last tour that Jimi did before he passed away on September 18, 1970 (I wanted to use Axis:Bold as Love but it was not available). The Cry of Love Tour started on April 25 in Los Angeles and ended with Jimi’s final concert at the Open Air Love & Peace Festival on the Isle of Fehmarn in Germany on September 6 which coincidentally is also the birthday of yours truly, I would have been 8 years old at the time and obviously never had the chance to see my musical hero play live. You can find more info about that last tour by CLICKING HERE and more info about the album can be found by clicking on the album cover below. 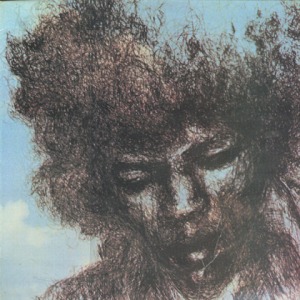